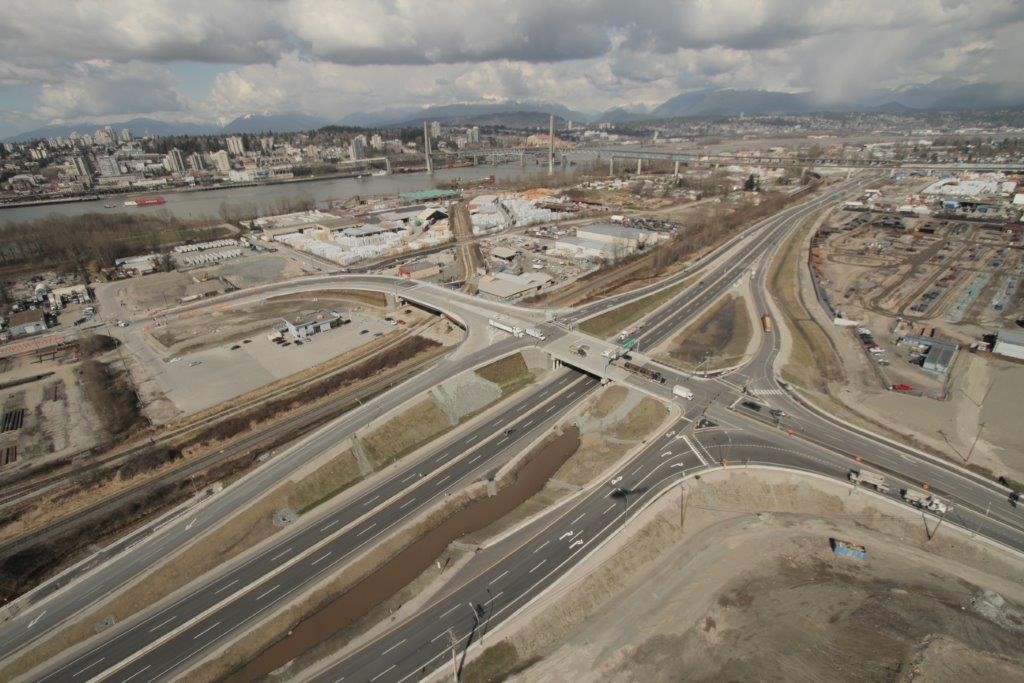 The South Fraser Perimeter Road Project is a new four-lane, 35km route along the south side of the Fraser River extending from Deltaport Way in Southwest Delta to the Golden Ears Bridge connector road in Surrey/Langley. It provides a continuous and efficient route to serve the port
facilities, rail yards and industrial areas along this key economic corridor, and will also benefits commuters. GIG partner BEL Contracting was part of the fully integrated Joint Venture Design-Build team, consisting of Dragados Canada, Ledcor and Vancouver Pile Driving. The north-east leg of the new four lane roadway opened on schedule at the end of 2011, with the remainder of the roadway opening ahead of schedule at the end of 2013.

An objective of the DB team was to utilize as much British Columbia labour, suppliers and sub-contractors as possible. Familiarity with local conditions and utilizing the region’s design and construction expertise has resulted in improved quality, scheduling and cost savings. In addition, the project has
benefited from over 80,000 hours of First Nation employment, including playing a significant role in important archaeological and environmental projects.
GIG partner Fraser River Pile & Dredge supplied all the sand for the preload and embankment requirements. Three million cubic meters were supplied at several locations on the project. Kingston Construction has completed several overpass structures on the project including the flyover of the active BNSF railway in the Sunbury area of Delta. Nineteen structures were designed and built as part of the SFPR. Over the route of the new highway, there were more than 170 regulated water courses requiring habitat protection and enhancement. More than 1300 permits were applied for and obtained from DFO, MOE, Navigable
Waters, Water Act and Archaeology Branch by the Design-Build staff.

Detailed scheduling and sequencing of the work was required to complete in stream work during the available four yearly Fisheries windows.